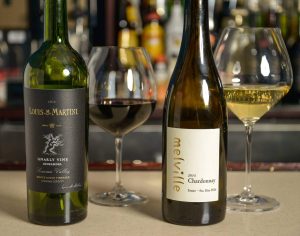 On Friday, August 7, 2020, Garden State Baillage came “together” by Zoom for an “out-of-the-box” virtual event. Organized by our Vice Gastronomique Joe Zawistowski and me, we were privileged to taste 4 artisan cheeses from Valley Shepherd Creamery in Long Valley, NJ. We were joined by the owner, Eran Wajswol, who described the cheeses we tasted and gave us some incredible insights into the cheesemaking process. Wine suggestions had been provided by our Bailli, George Staikos. While we did not have specific wines to pair with each cheese, Bailli George Staikos suggested 3 white and 3 red wines. Ranging from Albarino to Pinot Bianco to Fluerie to Dolcetto, the goal was for the attendees to experiment in tasting their wines with the different cheeses to assess their favorite pairings.

Eran has a fascinating background. Trained as an engineer at Stevens Institute of Technology, he worked for 30 years building high-rises. He told us that making his cheddar was harder than building high-rises. When he decided he’d had enough of construction, he went to Spain and spent time with Basque families learning the cheesemaking process hands-on. He now returns the favor by bringing in 5 interns from Europe each year to work at Valley Shepherd.

The first cheese tasted was Oldwick Shepherd, their signature raw sheep milk cheese. Eran informed us that this cheese is based on Brebis de Pyrenees or Ossau Iraty. Although he described it as “simple,” the process involves cooking the milk at 36 to 38° C, then placing the cheese in a brine bath, then cave aging for 90 days. As there are no mountains in New Jersey, they blasted a 120 cave into a hill. During the aging process, each week they rub off the mold from the cheese. We learned about the unique properties of sheep’s milk; Eran told us that if he made the same cheese from cow’s milk there would be “nobody home.” Sheep’s milk has 2 times the fat and 2 times the protein of cow’s milk, and it takes 6 – 6.5 pounds of milk to make 1 pound of cheese. We also learned that the dryer, harder, and/or older the cheese is, the safer it is. Washed rind cheeses require wetting the cheese which can increase the risk of harmful bacteria growing, and is generally done “to put flavor into a cheese that didn’t have it.”

The second cheese was Verigoat, which as the name implies is made from goat milk. They make their own rennet from goat kids, like the Basque. Goats stop making milk in November or December, so this is very much a seasonal cheese. Both Wegmans and Whole Foods stock Verigoat.

The third cheese was Pepato, which is also made from sheep milk. Eran described this as “Manchego with cracked white peppercorns.” White peppercorns were chosen as black pepper would overwhelm cheese flavor. This cheese is made with homemade lamb rennet which has more enzymes it is aged for 5 months. The milk is the same as in Oldwick, but the different rennet creates an entirely different flavor profile.

The last cheese was Valley Thunder, which is made from raw Jersey cow milk and is in the style of a traditional British cheddar. Eran informed us that cheddar is often a way of “turning cheap milk into something you can sell,” and that “there are so many chatters that are so boring.” Few cheesemakers actually still use the traditional British methods. The process to create this cheese is incredibly labor-intensive. First, the curd is chopped into 1 cm cubes; these curds are then cooked in their own way which acidifies the mixture and forms the flavor. When the pH gets to 6, the whey is removed (this is used to feed pigs) and the mixture is formed into what Eran termed “concrete pancakes,” which are then flipped over and over again until the salt disappears. It’s then placed into molds that were made in the 50s in Wisconsin which are lined with linen and press for 16 hours. This forms what is known as a truckle, which is a cylinder of cheese with the linen stuck on. This is then aged for a minimum of one year, although the cheese we tasted had been aged for 18 months, creating a “cheddar that bites back.”

Eran’s passion for his craft was evident. There were many questions from the assembled Confreres, and everyone raved about the cheeses. The chat was full of discussion around the wine pairings that the attendees had chosen. It was a pleasure and a privilege to be given an “inside view” of this true artisan’s work.